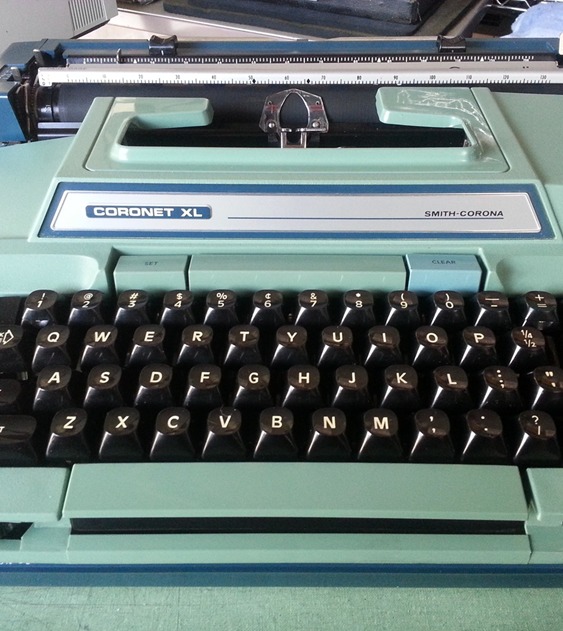 This is SCM's best electric typewriter, quite possibly the BEST standard portable electric made by anybody. This bullet proof design came from the 1930's manual made by Smith Corona, in the 1950's they were able to convert that old proven design into an electric version. The coronet was introduced soon after & was sold in different colors. They had such a good machine Smith Corona made this same portable into the Coronamatic series & made an Office/Commercial version by just adding an over sized heavy metal case so it looked bigger & weighed more.

This unit is in mint condition 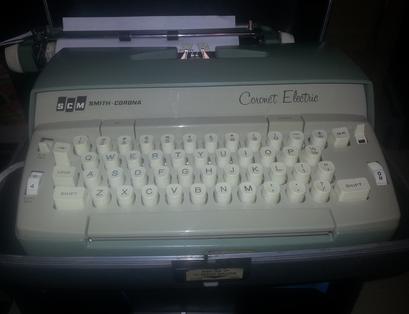 ( This would include the IBM selectric, but they have their own page )

​Electric Typewriter is = a Mechanical typewriter that has a motor & belts,

But No Led's lights or Printed Circuit board or components 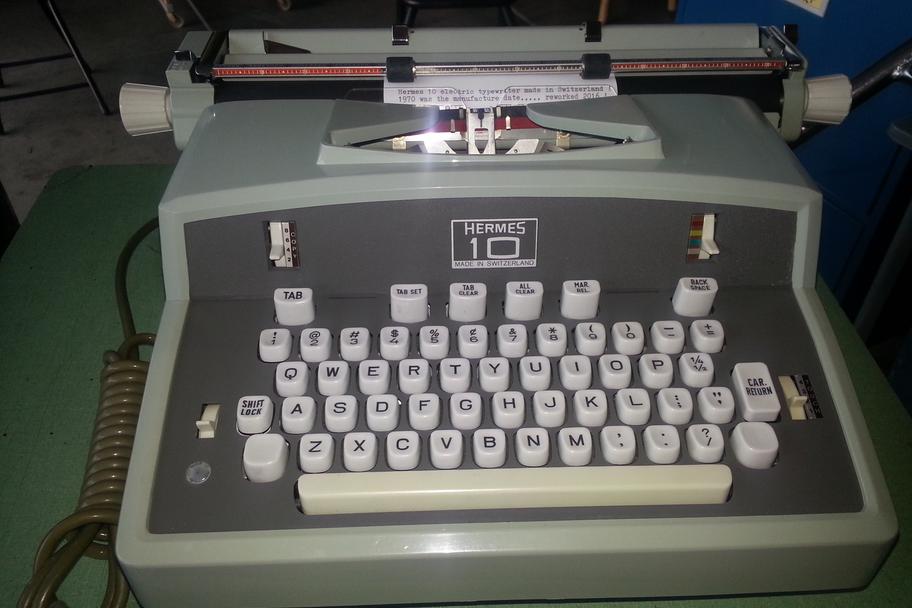 Same Design SCM as the 120 pictured above, But this use's the slide in cartridge ribbon instead of the 2 spool method. Coronamatic ribbons came in different style's including correction & colors. Now only the standard Black Nylon ribbon is available shown in photo's. This cartridge come New from Smith Corona (OEM) but never seem as dark as they once were 20+ years ago. Unit come with a used ribbon installed, New ribbon cartridge is + $15.00. This machine is as nice as they get & is very reasonably priced.